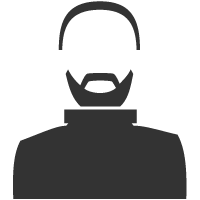 Welcome to my food and cooking blog. My name is Fred and I would like to use this corner of the internet to tell you about the joys of good food and great cooking. I was never much of a chef myself, but all that changed when I met my wife. She is a real foodie who works part-time running her own catering business. One day, she asked me to help her out at work and I suddenly realised what a joy preparing food could be. I have since been teaching myself how to make tasty food. I hope you enjoy my blog!

Living in a society where water is quite literally on tap whenever you want it, you take it for granted to a certain extent. Anytime you want a drink, it's there ready to be poured into a glass, so you don't have to wait. But that comes at a price.

In order to keep water hygienic enough to supply to homes in such massive quantities, it has to be treated quite heavily. This involves the use of various chemicals and other substances, many of which are still in the water when you drink it; yet more materials end up in the water accidentally. While tap water is generally classed as safe, there are potential problems linked to consuming some of the substances it contains. Here are just some of the things you might find in your water, along with the reasons it's worth investing in filtering.

If you've ever sniffed a glass of tap water and been reminded of swimming pools, chlorine is the culprit. Although it's in small quantities and has been deemed safe, there are people who believe it can build up in your system and lead to you consuming quite large doses overall. The consumption of chlorine is linked to several cancers.

This is a pretty shocking contaminant, and one that isn't added deliberately. It's rather disgusting, actually: most of the hormones in tap water come from the urine of people taking various medicines - for example, the contraceptive pill. The normal treatment processes don't get rid of these hormones, so they end up in your glass. Apart from being unpleasant, excess hormones of various types can lead to reproductive disorders.

Lead isn't added to water on purpose, but it gets into it via old pipes. Lead poisoning affects the brain and can impair learning in children. While water companies aim to eliminate all lead from tap water, it does get through and there's often no way for you to tell if yours is contaminated, and small doses can still have an effect.

Fluoride is added to toothpaste to protect your enamel and prevent cavities. However, in some areas, it's also added to tap water to increase people's intake. This is a controversial move, since ingesting it can cause tooth discolouration and digestive problems in large enough doses.

With pesticides in such wide use within agriculture, there's a huge opportunity for them to enter the water system, which is why they can be found in tap water. Although they won't be found in the quantities necessary to cause severe poisoning, smaller doses are linked to cancer further down the line.